You are at:Home»-Reviews»FGO (NA): The Cooler Diarmuid Analysis

You though Diarmuid was always meant to be a Lancer? You thought wrong! He has always and forever will be a Saber! For it is his most ultimate form!

So yeah, back from holidays, it was fun and all and I have announced my return with this analysis on the coming 4-star Saber: Diarmuid. So without further ado, let us begin. 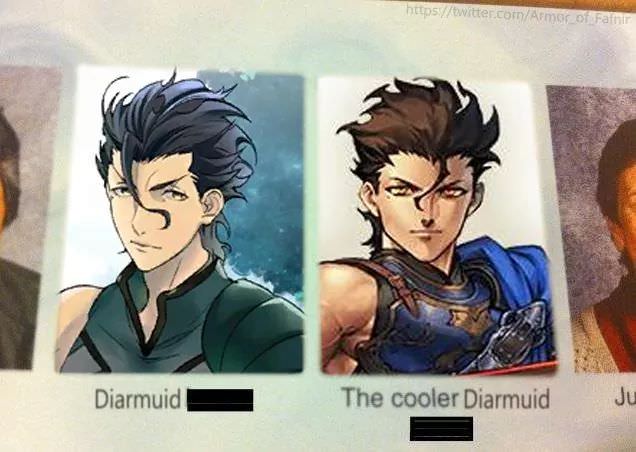 Honour of the Knights of the Fianna (B)

Overall, these skills are highly solid and put him as reliable and high damage dealing single-target Saber.

His first skill, Mana Burst (Leap), provides him with a quick card buff and extra damage for his attacks and his noble phantasm. Combine this with his riding passive which grants him 8% quick card effectiveness, we’re looking at a 28% on his quick cards. Combined with his 20% attack buff, he is dealing a lot, especially on his NP. However, this is a one-turn skill, so you’ll have to make this count.

His second skill, Honour Knight of the Fianna, provides him with increased star absorption for 3 turns, granting you a better chance at critically striking enemies, whilst also gain critical stars as an added bonus. This makes sure that he’s at least gaining a lot of NP from his single Arts card. (If you’re lucky to crit that is). If you’re not comfortable with that idea, I’d recommend using the Armament of Triumph command code on his arts card.

Finally, his third skill– Beagalltach: Ripples of Passion– is a defence buff that provides some extra needed survivability to Diarmuid. Not only increasing his defences for 3 turns but also provides an increased NP generation rate for 3 turns. This has great synergy with his 2nd skill if used correctly, you’d probably be able to NP spam.

Now, this is the real kicker for Diarmuid Saber. His NP, Moralltach: Surge of Fury, is a single-target Quick Noble Phantasm that deals damage in addition to also removing their defensive buffs. This is a big deal in a way, as Diarmuid can remove troublesome defensive buffs from his target. Defence ups, Invincibilities, Evades, Card resistances, and probably more defensive type buffs.

Not to mention, it deals 10 hits on the attack, so we’re looking at a high damage output from his NP combined with his buffs from skills and passive. So basically, he’s gonna be hitting you like a truck, except it ain’t a truck but two swords.

However, the only downside to his Noble Phantasm is that the remove defensive buffs effect seem to only come in after the NP has run its course. Bit sad, but I hope in the future that they’d change this to activate first before the damage can be applied and not after. Maye this can come as a future buff or something for him.

Overall, Diarmuid is a solid 4-star Saber tailor-made to delete your enemies, as well as abuse the Skadi System, of course. Good damage buffs, defensive buffs, an NP gain, and solid damage dealing Noble Phantasm, he has everything in the bag.

Thankfully, he’s not limited, so he’s gonna be spooking you if you’re lucky. What’s more fortunate for us, is the free 4-star Servant event coming soon, so you’ll be given the chance to get him for free. Will I get him myself? No, I’m sorry, but Suzuka Gozen has won my heart and she’s coming home at last. 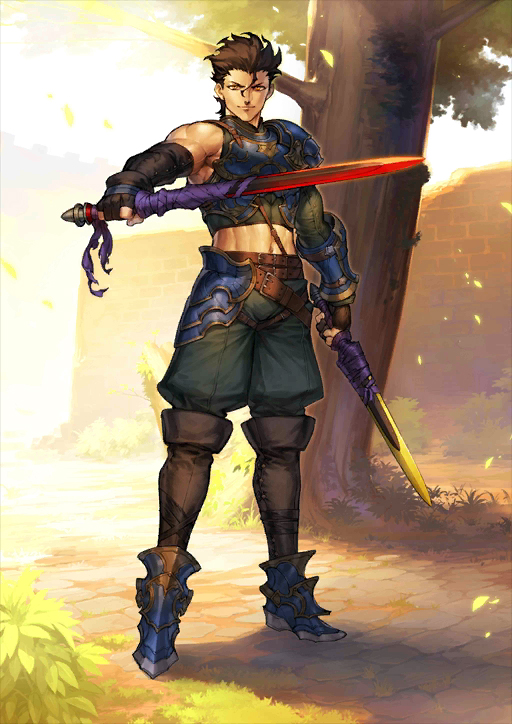