You are at:Home»-Reviews»Ahrima_Aria’s Review on SINoALICE!

So it has been two weeks since SINoALICE has come out globally and I had plenty of time to play it. Since then, I’ve also had enough time to formulate my thoughts on it. So without further ado, let us begin talking about the dark yet enchanting game that is SINoALICE.

So before we start, we need to first establish what SINoALICE is. SINoALICE is a role-playing game developed by Pokelabo for Android, with creative direction by Yoko Taro. Released June 2017 in Japan originally before being released globally on July 1, 2020.

Now I have revealed what the game is, I suppose its time to start talking about it; what I felt and thought from playing the game. To explain all of this, I have divided my impressions up into different sections.

Well to start things off, let’s talk about the gameplay of SINoALICE itself. Instead of your typical horizontal type game, SINoALICE is played vertically, which is honestly quite a nice change. Don’t know if it’s true on my part, but it’s been a while since we have gotten another gacha game that’s played vertically.

This doesn’t really change much, but it does make it more interesting to play, especially when you add the Characters and music, but we’ll get to those parts later on.

A key thing to note when I began playing this is how it reminds me of FGO. Instead of using Command Cards to determine your servant’s attacks, you use Weapon cards in order to attack. Unlike the Command cards which are shuffled every turn, you go through the roster of weapons that you have brought for a quest. Keep in mind you don’t get the weapon that you used back until you completely used all of them. 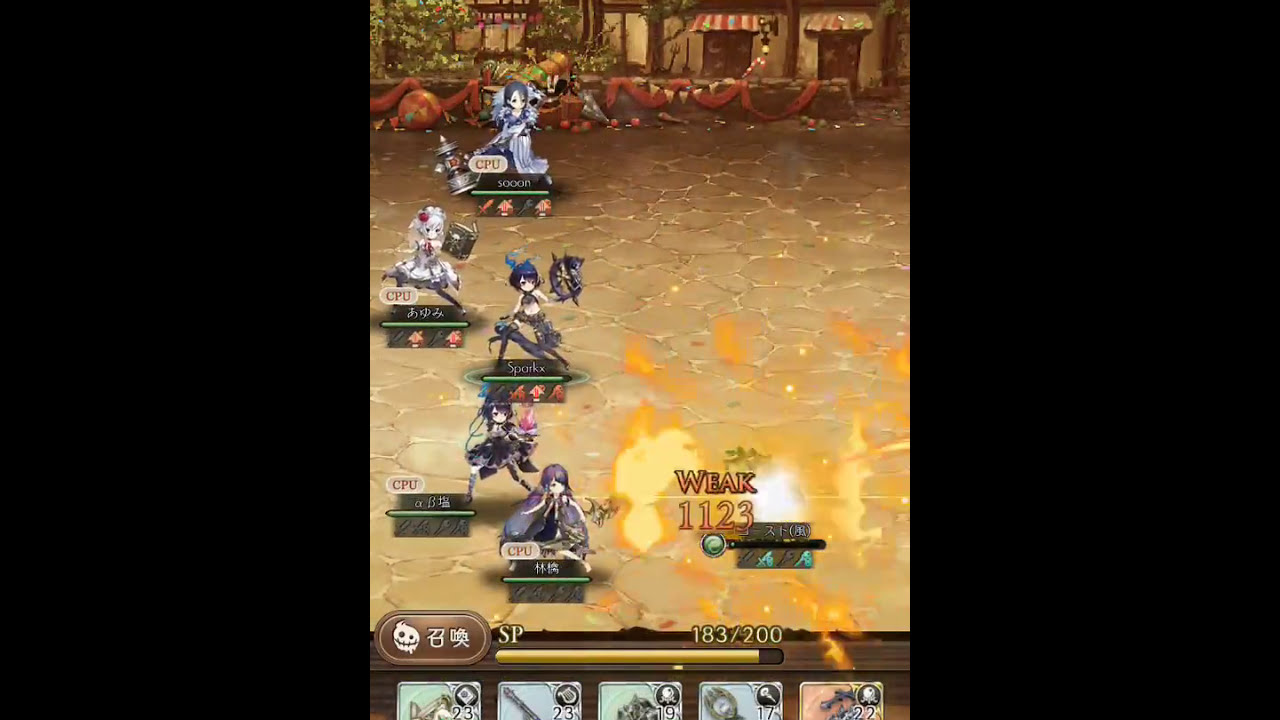 Similarly to FGO, you also have the typical rock-paper-scissors mechanic in it, which for SINoALICE, that would be their elemental system of Fire-Water-Wind. Such a system applies not only for weapons but for the Monsters you face, which makes weapon compositions crucial, as your typical strategy game always implies. Overall, for me, it’s but a welcomed hindsight.

Overall, the gameplay is rather nice and pleasant, and a good change of pace. There are some minor cons to the gameplay I’d say but I’m saving that for the last part.

Side-note; as well as being played vertically, the Home screen design just perfectly reflects the kind of tone this game gives, being a dark fantasy world. This is reflected on not only the design of the screen but the colors used, which I really like.

The Feels, oh man the feels.

A bit of a short section as there’s not much to talk about, but can I just admit the fact that I just get chills every time I play this game? I don’t know if that applies to everyone but seriously, I can’t even play this game without some creepy, disturbing noise to greet me every time I log in for the first time.

The game does a great job giving you this type of feeling through their music. Honestly, I can just never get tired of listening to it. It just has this enchanting effect for me when I listen to it, especially the OST for the title screen. Honestly, their advice to the player that the game is more enjoyable if you have the audio on is spot on!

The music is just remarkable to hear, well not comparatively like other good OSTs like from Arknights and Fate/Grand Order but pleasant to the musical ear.

Twisted Ridicules of your beloved Fables. 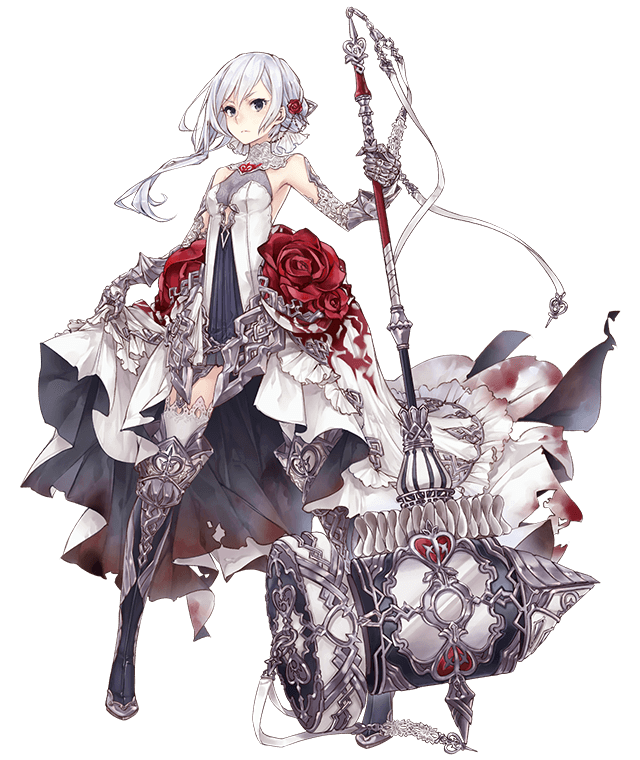 Remember Snow White? This is her now, feeling old yet?

For Fate/Grand Order it was the depth of worldbuilding, story and character that had me. For Arknights it was the dark setting, characters and hefty lore that fascinated me. For SINoALICE, it was the characters that are the most interesting and peculiar thing about the game in my opinion. The Characters of the game, and who you have to roll for, of course, are apparently based on your favorite bedtime and childhood stories such as Red Riding Hood, Snow White, and Alice from Wonderland…

But with a twist…

The twist here is that these are but distorted versions of such fairy tale characters, which is honestly something that I never expected to begin with. I.e; Gretel in-game is actually Hansel pretending to be Gretel and in love with himself, carrying around his sister’s decapitated head and pretending it’s himself. 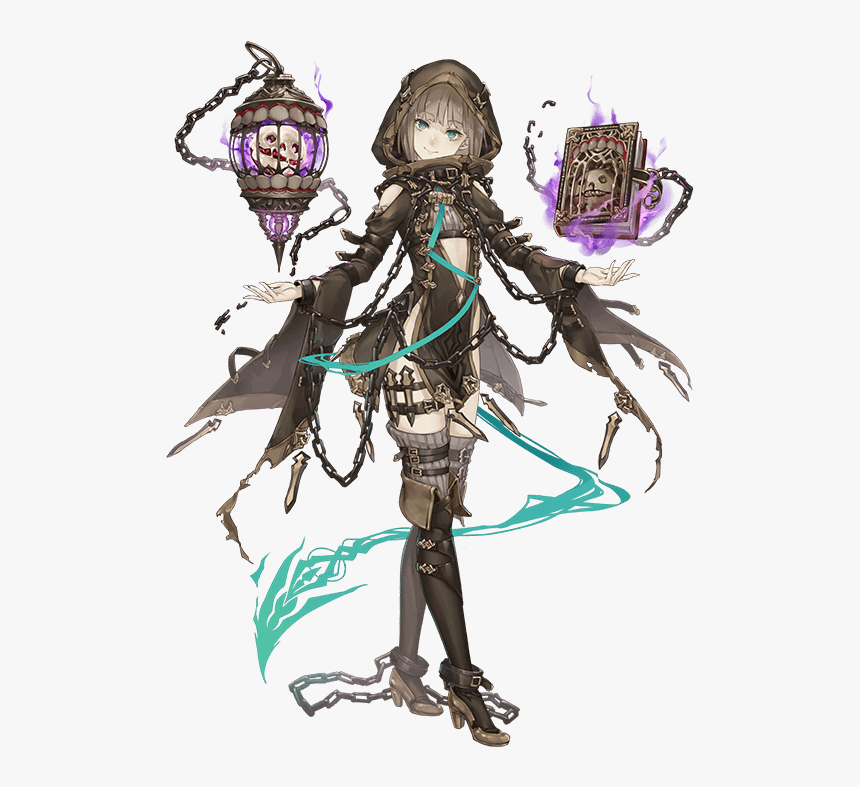 Shocking ain’t it? It’s just that dark. Other Characters like Cinderella and Red Riding Hood also have their own dark tales, but we’ll be here all day talking about each and every one of them, so perhaps another time?

Anyways, these twisted fairy tale characters are such an interesting take on the actual characters that their concepts are reinforced through snippets of character knowledge that we receive for every level of each character that we clear. This is a big bonus for me, especially since it’s we’re learning more about our acquired Characters.

Narration is just up on point.

P.s The weapons that you collect through rewards and gacha also have stories of their own, which is another big plus for me!

So SINoALICE is merciful, dark, and musically satisfying to experience, but, there will be problems that you’ll come across, and I’ve come across quite a few.

Firstly, I’d like to bring up, and this might apply to some if not a majority of people who play the game, is the Colesseum. Can I just play the mode without having to wake up at 3 am every morning?! It’s really frustrating that I have to wait 23 hours for the next Colosseum round to be accessible.

Although you still get the rewards if your guild wins, doesn’t excuse the fact that you can’t participate in the fight, which just really sucks. I would wish for the Devs in the future to make the Colosseum more accessible, instead of having to wait a long time for it only to miss your window cause you had to wash the plates and you cant access your phone.

Another problem I had found with Sin of Alice is that the levels themselves… they just don’t feel challenging, to begin with. It would if you don’t bother upgrading your weapons but once you upgrade a couple to their max, and limit break them, you just find yourself winning every time. Maybe its because I’ve maxed out nearly half of my inventory, or maybe I haven’t gotten to the actual hard arts yet, but this is what I observed from playing the game so far.

They just don’t feel like you gotta work extra hard to win. 99% of the time I just press auto and watch, cause I know I’ve already won. It’s not the same with games like FGO, where the boss fights get tough or crazy, or like Arknights, where its the same but the further you progress the more you want to pull your hair out ’cause some 1hp wraith managed to slip by.

Overall, I think they should first improve the levels to be harder and challenging for the players, and to also fix the Colosseum thing because I can’t be bothered to participate if I have to wait a long time to do so.

But yeah that’s it from me, hope you all enjoyed reading my article! 🙂